Sleep and 7 Myths: Do you Make These Mistakes?

When we talk about good sleep is easy to let your imagination run wild, so much that stories created, which are passed down from generation to generation, ending up in the popular imagination. 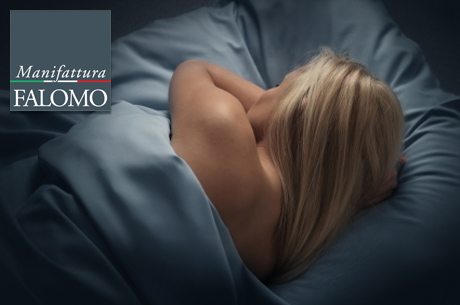 Find out now in this article these 7 myths to debunk to have a regenerating sleep and a good rest every night, read on and avoid to make these 7 common mistakes.

Myth 1 - It’s Possible to Catch Up on Sleep Lost During the Week, Sleeping More During The Weekend.

Although this “solution” will help to offset a part of the sleep, it will never compensate the lack of sleep that is accumulated during the week.
Also, waking up later on weekends can affect your sleep-wake cycle: In this way is more difficult to go to sleep in the proper time, for example on Sunday night and the wake up early on Monday morning!

Myth 2 - Your Body Adjusts Itself Easily to Different Sleep Schedules.

Most of us can re-establish their biological clock to the maximum of 1-2 hours between one day and the other. For periods of time greater than 2 hours our body needs approximately a week to re-establish the body clock to the new schedule: For example, think about the last return of your own holiday from a Country in which there was a different time zone, as 5-6 hours; you have definitely spent more days to return to normalcy.

Myth 3 - Sleeping 1 Hour Less Than Usual Does not Effect Negatively During the Day.

You might not have bouts of sleepiness during the day, however, 1 hour less of sleep affects negatively the ability to think and to respond quickly and may compromise your cardiovascular health, you energy balance and your immune system.

Myth 4 - The Main Cause of Insomnia is Worry.

Although worry and stress can cause temporary bouts of insomnia, the inability to asleep or to sleep during the night may be caused by other factors, for example depression, anxiety disorders, asthma, arthritis or other diseases with symptoms that tend to be bothersome, especially during the night.

Myth 5 - The Children Who don’t Sleep Enough During the Night Show Signs of Sleepiness During the Day.

Unlike adults, the children who do not get enough sleep during the night become irritable and hyperactive, and show signs of sleepiness during the day.

Myth 6 - Snoring is Normal while You Sleep.

Although snoring is very common among people, it’s proved that who snores during the night, during the day suffers from sleepiness. In addition, snoring can be a symptom of sleep apnea, a serious sleep disorder that should be evaluated and treated by a medical specialist.

Myth 7 - A Mattress is as Good as the Other. As Well as a Pillow.

Nope. A mattress designed for your physical characteristics, that is:

added the pillow and the bed base that provides proper support, truly makes a real difference in the quality of your rest.