The Spring is finally here! It’s time to move the clock one hour forward! 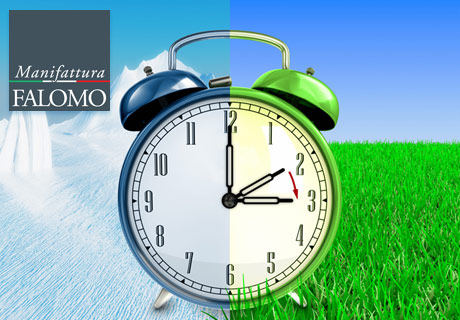 Who came up with the idea? Which are the positive and negative effects? How long does it take to get used to? Find out the answers in this article!

1. A Smart Idea to Save Energy

It was Benjamin Franklin in 1784 to assume for the first time the idea of a “set” time that would help in saving energy. His idea remained such until the early twentieth century, when after the disastrous economic consequences caused by the First World War, the British government passed the British Summer Time.

2. How Long Does It Take To Get Used To The New Time?

It’s not easy to answer this question because the reaction to the change of time is subjective and it varies from individual to individual.

Till Roenneberg, a researcher of the University of Munich, after conducting some research, said that probably the body never get used to this change, because it’s not possible to change our biological clock as easily as we change our alarm clock!

On the other hand, some researches have demonstrated that 3 weeks is the necessary time for the adaptation to the new time.

On Monday and Tuesday after the change of time: The increase of the daylight hours determines the increase the melatonin’s secretion, the hormone that regulates the sleep-wakes cycles.

It’s important to not panic and use some natural remedies and relaxing techniques to alleviate the symptoms related to a possible insomnia.

4. What Are the People Who More Than Others Suffer The Time Change?

Without any doubts the people that use to go to sleep late, and consequently tend to get up later in the morning, will suffer more the early arrive of sunlight.

5. Are There Positive Effects?

Sure! The increase of daylights involves many positive effects on our body: Waking up with sunlight, instead of still enveloped by darkness, will put you in a good mood!

Help Your Rest With the Right Bed System!

Find out the mattresses retailer closest to you and get a quality bed system in order to improve your sleep and help your body to rest better!