Did you know that what we call “insomnia” was normal for the ancient Romans?

People who suffer from insomnia know very well what it’s like to wake up all of a sudden in the middle of the night and stare at the ceiling for hours trying to get back to sleep. 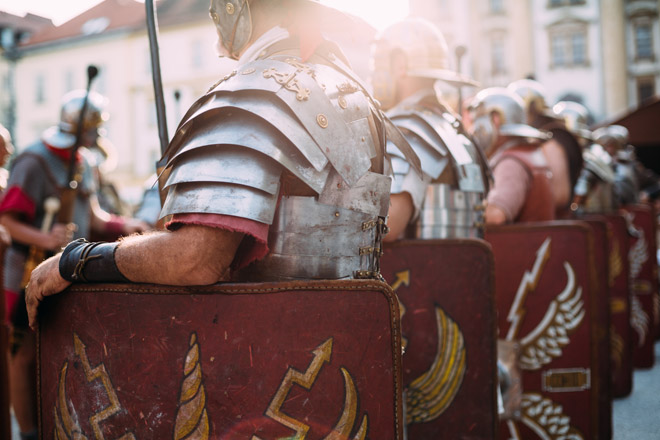 Yet, in ancient times, this was normal: recent studies have in fact proved the existence in the past of the so-called bi-phasic sleep. Could our body still be influenced by a far-away era?

Do you know what happened in 1667? Paris became the first city in the world to illuminate its streets. This means that until then, people’s circadian rhythm followed only the natural alternation of day and night.

The study carried out by Professor Ekirch from the University of Virginia, has revealed that ancient people used to sleep about 8 hours per night... but not all at once!

This is why we talk about bi-phasic sleep which is characterized by a first resting period of about 4 hours and a second one of further 3 to 4 hours, interrupted in the middle by a waking phase that could last just one hour or a lot more.

Waking up in the middle of the night was not considered an abnormal attitude but actually rather normal. The ancient Romans loved to “seize the moment” and for this reason they used to spend their time during the night either studying, meditating or doing other things.

This kind of sleep was natural because the body had no other factors to adapt to, except the sun’s  natural rhythm.

No need to panic if you wake up at night!

Today’s rhythms have changed but a good night’s rest is crucial to our body, this is why any type of sleep-related disorders should be discussed and faced with your doctor.

Often, however, it doesn’t take much to regain lost sleep

If you are going through a period of stress and happen to wake up at night, don’t panic and don’t try to force yourself back to sleep.

Do as the ancient Romans: get up and do something that relaxes you, maybe sleep will come back naturally!