The secret to a long and healthy life? A tennis racquet and a good mattress!

A research carried out between 1994 and 2008 in Great Britain proved it: some sports, if practiced well and consistently, have more benefits than others and can help us live longer. 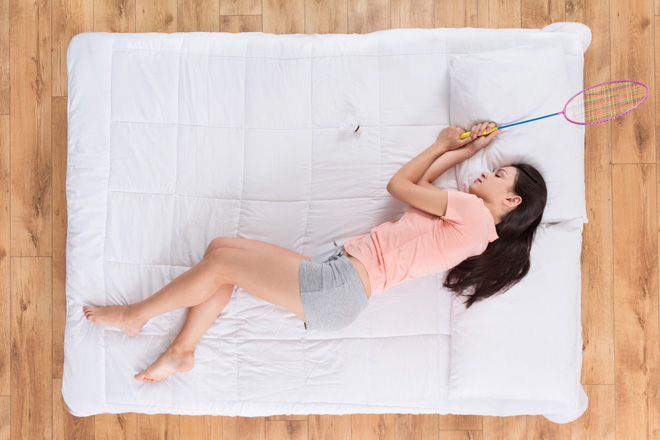 Sports that require the use of a racquet could even halve the risk of death from cardiovascular diseases! The most beloved of sports, which is football, however, ends up at the bottom of the list.

Here is the research data!

The research, which was published by British of Sport Medicine, involved about 80,000 people with an average age of 52: these people described in great detail their sport habits to scientists, who then tracked them during the following 10 years!

Long life with your racquet!

After 10 years, scientists have analyzed the data discovering that the risk of death was lower by about 47% in those who practiced sports with a racquet!

The research was carried out in Great Britain, therefore, in addition to tennis, other sports such as squash and badminton were taken into consideration.

And what about swimming?

Don’t worry, if you’re not a racquet lover, you can always fall back on swimming, which is widely known to give many benefits.

Even with swimming, recorded data shows that the risk of death from cardiovascular problems is below the average of about 28%.

Be careful to football and jogging!

Believe it or not, football and running hold the lowest ranking on the longevity classification. How is that possible?

Actually all sports are beneficial to the cardiovascular system if practiced regularly and in an appropriate way according to one’s age and physical conditions.

It’s very likely that the low ranking of sports such as football, jogging and rugby, is due to the risk of trauma and joint overload which involve a consequent interruption of the practice over a certain age.

Improve your life day by day!

Ask your doctor for advice when choosing the best sport for you, especially if you’re not so young anymore.

Stick to a balanced diet and sleep well every night! Learn more about Healthy Sleep and find a bed system that best suits you!