The art of “sleeping on your feet”!

It's ok to fall asleep on a chair, which isn't that comfortable after all. But thinking of falling asleep on your feet seems to be too much of a risk. 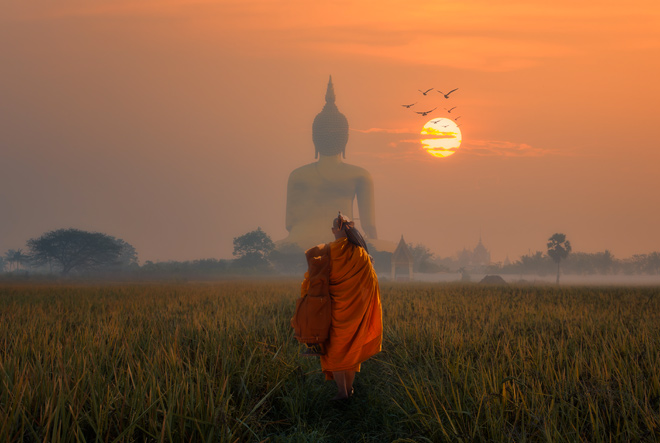 Yet we know that some animals are able to, such as horses! And what about human beings? Can a person really fall asleep on his or her feet? Apparently yes!

Can you really fall asleep while standing?

Sleep experts are doubtful about it: sleeping while standing would be rather difficult since human beings lose the ability to control muscle tone during the REM phase; therefore you may even fall asleep on your feet but then you would inevitably find yourself on the floor!

It was a group of Buddhist monks who came out of a 4-year spiritual retreat who triggered the debate on the possibility of falling asleep while standing.

During this time frame, the monks seem to have slept on their feet, literally, for little less than 5 consecutive hours!

However, Buddhist monks have made it clear that the ability to fall asleep while standing is not simple and not everyone can do it.

Ani Lhmao, secretary of the abbot of the monastery where the spiritual retreat took place, states that at first he suffered from pain in his knees but at the end of the 4 years he was able to sleep while standing and it was actually more comfortable than lying!

Unfortunately, it's not possible to enter these monasteries to monitor and study monks during their periods of spiritual retreat. What is certain are the extraordinary things we've heard about them and their ability in developing incredible skills through meditation.

During the deepest phase of sleep, there is no control over muscle tone which makes it impossible to stand; this is why some scientist claim that probably the monks didn't reach this phase, keeping themselves in light sleep.

In order to rest well it's first of all necessary to feel relaxed and at ease, a difficult condition to reach while standing!

Therefore it's better not to venture into impossible challenges and keep sleeping the traditional way: lie down! Much better if on a bed system that suits your features and needs, which maybe won't allow us to "reach nirvana", but surely will allow us to have a regenerating rest and a healthier lifestyle!