Do you sleep like a bear, a lion, a dolphin or a wolf?

Psychologist and sleep specialist Michael Breus has identified 4 different chronotypes based on each person’s resting habits. He then associated each of the 4 chronotypes with the image of an animal which best represents it: a bear, a lion, a dolphin and a wolf. 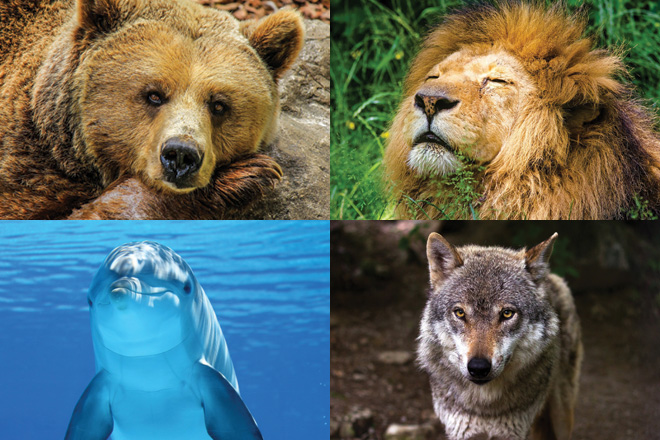 According to his research, half of the world’s population belongs to the bear chronotype, while the remaining part is divided among the other three.

Which is your animal? Find out now!

Among the different chronotypes, he is the most skilled and balanced! At least half of the people recognize themselves in this category. His period of greater productivity is in the late morning.

Lions are early riser animals that wake up early to go hunting in the bush, so people that match this chronotype tend to be more active in the morning.

These marine mammals have the uncanny ability to sleep with only half of their brain while the other half stays awake so it can swim and avoid dangerous predators!

You’re a dolphin if your light sleep can be interrupted by the slightest noise.

Unlike lions, wolves are nocturnal hunters that move confidently in the pale moonlight. People who find themselves in this chronotype are those who are able to give the best of themselves in the afternoon.

Find out with a test!

If you wish to learn more about the theory of the 4 chronotypes and find out which category you belong to, just answer the questions of the test created by Dr. Michael Breus.

And remember that whatever your "chronotype animal" is, you deserve the best sleep on a bed system able to suit your needs and physical features!

No matter what your habits are: rest marvelously thanks to a mattress, pillow and bed base perfect for you ... And for the animal in you!