In Western culture we have naps, siestas and pisolini, but they are very different from the completely Japanese habit of practicing inemuri. 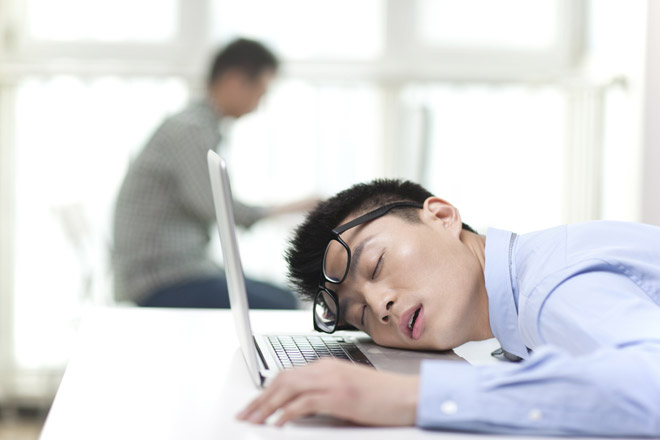 But what does practicing inemuri mean? Learn more in this article!

The literal meaning of the word “inemuri”

“Worn out from work” and falling asleep in public

In order to understand how our naps differ from practicing inemuri, we have to first understand the different conception Japanese have about sleeping.

In Japan, in fact, waking up at dawn and going to sleep late because of work or study, is a sign of strong commitment to one’s job.

So if you end up with falling asleep in public, in a sitting or other uncomfortable position, during a meeting or in the middle of a university lecture, this proves an extreme fatigue reached after hours of exhausting work or study!

People in Japan are proud of being hard workers and this is why practicing inemuri is an absolutely tolerated social attitude, indeed, nearly encouraged!

Taking time off work in order to rest by lying down or sitting on a sofa, would be considered  as a lazy behavior. If you happen to take a trip to Japan, you’ll see people sleeping in the most bizarre positions: sitting in the subway, slumped on the ground or also while standing!

Dr. Brigitte Steger, professor at Downing College in Cambridge, explains the technique of inemuri after carefully examining this resting habit, which appears to be bizarre to us Westerns.

Better go on with our own resting habits!

We recommend you to sleep better at night, for the time needed to recharge ourselves and avoid collapsing exhausted during a business meeting, because in our corner of the world, practicing inemuri certainly wouldn’t look so good!

Discover how to improve your night’s rest with our products designed to ensure a restful sleep and avoid you to practice inemuri at work!